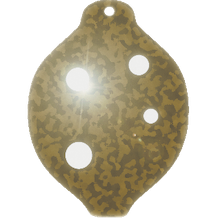 Publisher and distributor of books relating to cultural astronomy

Heritage Sites of Astronomy and Archaeoastronomy in the context of the UNESCO World Heritage Convention: Thematic Study no. 2 • Principal authors Clive Ruggles and Michel Cotte, with contributions from 16 other authors. Edited by Clive Ruggles • Printed publication and e-book, 2017 • Further details and free download of e-book version (from the UNESCO Portal to the Heritage of Astronomy) • Printed copies are still available at £26+p&p: request by email

Tombs, Temples and their Orientations: A New Perspective on Mediterranean Prehistory • By Michael Hoskin • Published in 2001, now sold out. Further details • Enlarged second edition published in 2019 by the Conjunto Arqueológico Dólmenes de Antequera, in Spanish. Available for purchase on-line. Further details [in Spanish]

Songs from the Sky: Indigenous Astronomical and Cosmological Traditions of the World • Edited by Von Del Chamberlain, John B. Carlson and M. Jane Young • Published in 2005 in cooperation with the Center for Archaeoastronomy, Maryland, USA • Further details and contents list • Now out of print; e-book reprint anticipated

Archaeoastronomy in the 1990s • Edited by Clive Ruggles • First published in 1993 by Group D Publications Ltd; republished by Ocarina as an e-book in 2014 • Further details and contents list • View/free download (8.5 Mb)

Astronomies and Cultures • Edited by Clive Ruggles and Nicholas Saunders • First published in 1993 by the University Press of Colorado; rights obtained, and distributed, by Ocarina since 2002 • Further details and contents list • A number of damaged copies are still available • E-book reprint anticipated

In addition to its own publications Ocarina has, over the years, distributed a number of volumes of conference proceedings of the European Society for Astronomy in Culture (SEAC) and other organisations within Europe, as well as printed copies of the first (2010) UNESCO–IAU Thematic Study on the Heritage Sites of Astronomy and Archaeoastronomy (these have now sold out but the e-book version is still available as a free download from the Portal to the Heritage of Astronomy).